The Hags are back on track this week and ready to spill the tea on Menswear! As a major element of the fashion industry, it’s about time we take a look at how the other half live with a meandering look at the history of menswear, what we love about it, and what direction we see things going. This one’s for the boys.

Katie finished a bag five years in the making! Fucking finally.
Made of leather and waxed canvas, this Swiss alpine mountaineering pack is ready for beaches, bike rides, beer runs, and maybe a hike or two. 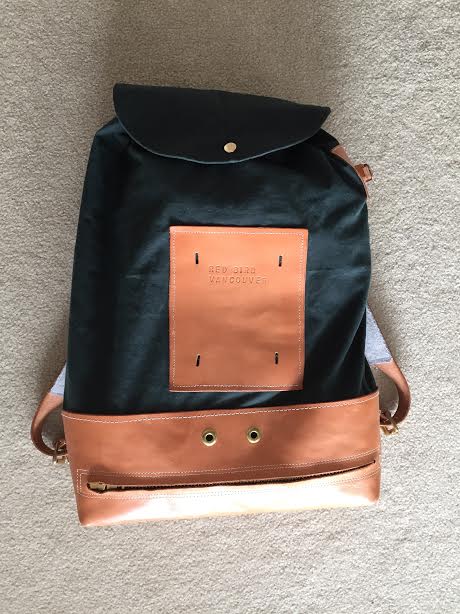 Evan has been investigating his ancestry and finding all kinds of cool bits of information about his Metis and European heritage. SO COOL. If you are interested, check out ancestry.com (or ancestry.ca in Canada) or just watch Who Do You Think You Are, which is totally fascinating (and addicting).

Abby is on a roll and made a lovely outfit for an upcoming wedding – a bright(ish), geometric(ish) top and high-waisted skirt that feels so good to check off the list.

Made myself a #haydentop from @seamworkmag instead of doing chores today 🤗🤗🤗

Now for the fun stuff: Menswear!

Menswear is all about details and all about basics, at least historically. The traditional three piece suit (in which the pants, jacket, and vest were all made of the same fabric – revolutionary!) has been around since the 1850’s and remain basically unchanged in silhouette.

The Survey of Historic Costume is a great resource for fashion history and although it weighs 1200 pounds, it is a super interesting read (and page flipper).

Poulaines – these freaky shoes that monk Orderis Vitalis had such a problem with, as well as those sinful “effeminates”.

Much of fashion history (not just menswear) has to do with economic prosperity, wars, technological advancements, and industrial progress. Clothing is a part of culture and changes as cultures change. Trends were no different a thousand years ago in terms of adoption and dissemination, only now they happen much faster because of our economic and technological models that drive them. These dumb shoes were a big deal at one point!

Edward VIII was a major fashion influencer (and mega-babe) in the 1930’s when he scandalously abdicated the throne in order to marry Wallis Simpson, an (gasp!) American divorcee. His contribution to menswear and trends is still present. 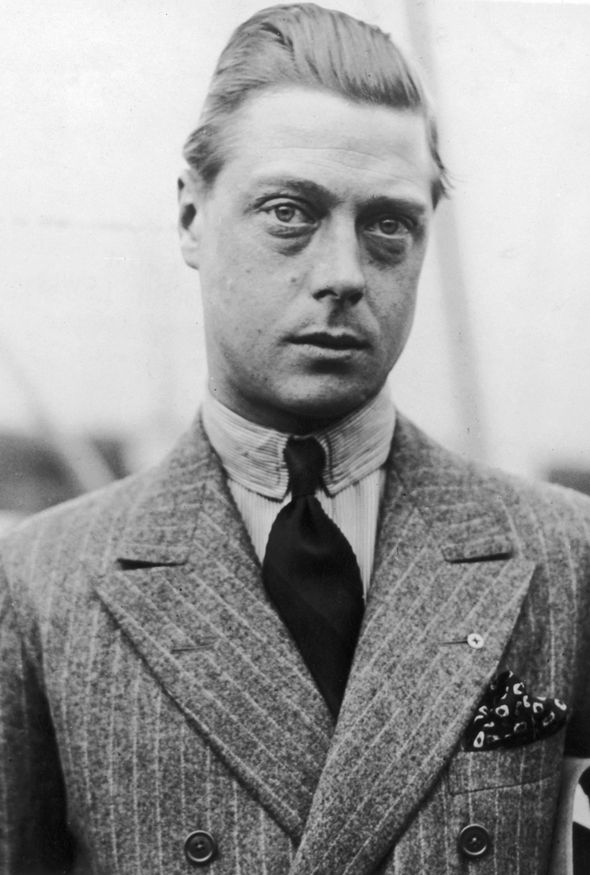 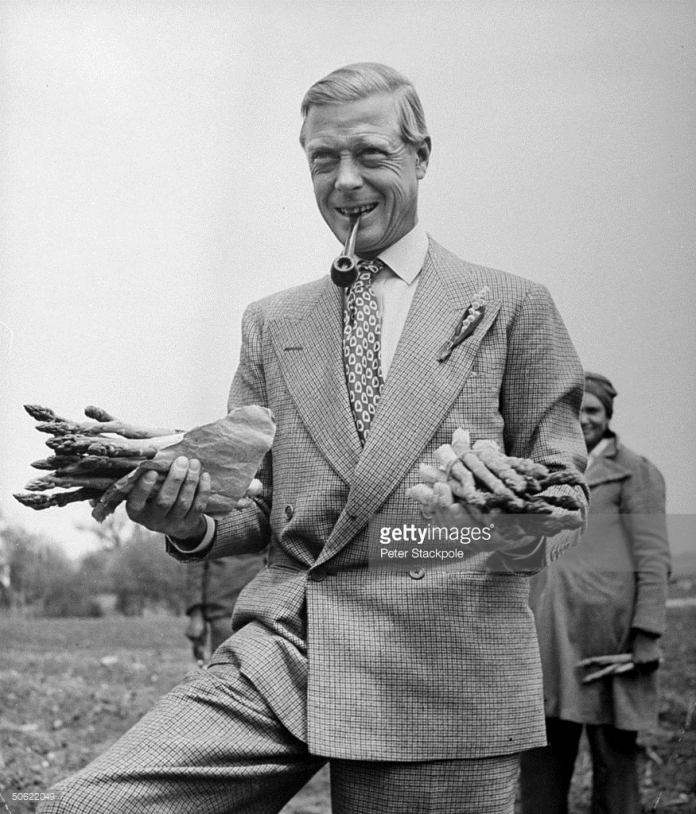 Plus Fours and mixed prints! and maybe a brown shoe!

That dumb movie Evan and Abby were swooning over (well, the dress at least), called W.E.

The striped dress that prompted the paper-bag breathing:

A close-up of Prince of Wales plaid (aka Glen plaid): 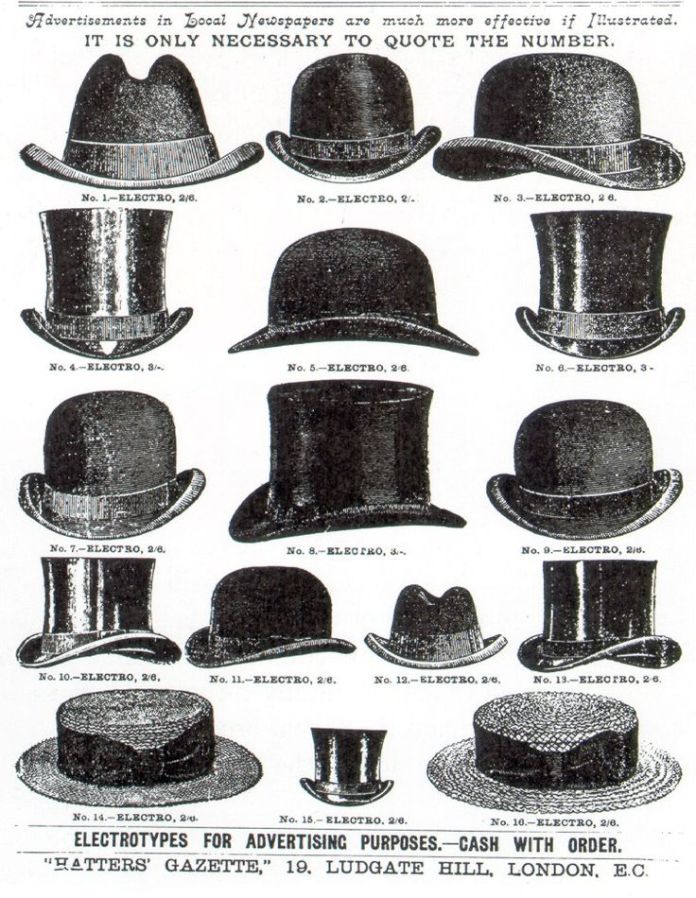 Peacock Revolution in the late 1960’s/early 1970’s (also google it for some amazing images that someone in your family wore when they were your age): 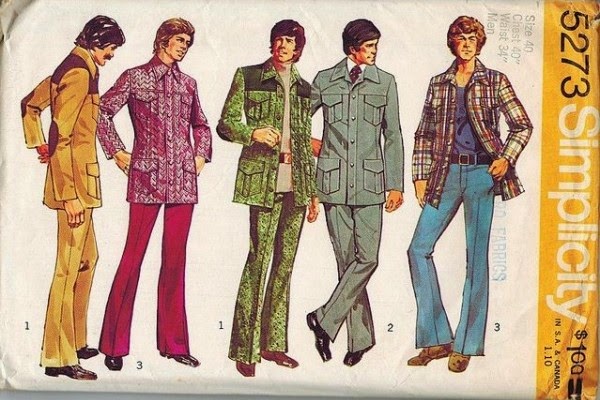 Levi Strauss and the blue jean changed workwear and eventually casual wear for men (and later women) way back during the gold rush. You literally have him to thank for the jeans you are almost certainly wearing right now. 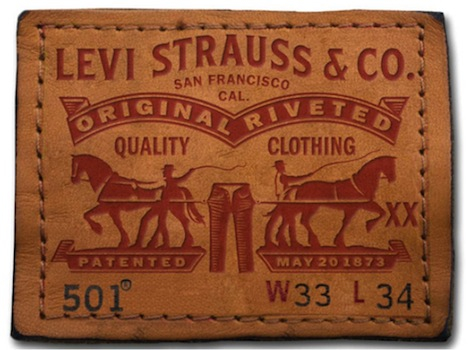 Also watch this great documentary about jeans on M2M called Jeans: A Faded Blue Planet if you are into that kind of thing.

Western clothing, and particularly western shirts, are a pretty great example of distinctly American fashion for men, and they are very flamboyant at times and very stylish in their own right.

Evan’s relationship with menswear is different from Abby and Katie’s (obviously, he is a dude) but is also quite outside the formal traditions of menswear (he looks damn good in a skirt…) despite the book he was given when he was young about how to properly dress like a man.

Modern menswear has taken a turn away from the traditional “suit” and man’s man kind of apparel, thanks in part to Raf Simons and Rick Owens since the early 2000’s.

Evan at graduation, having a sartorial breakdown: 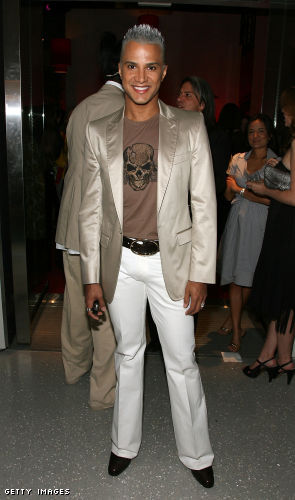 To wrap it up, Canadian RCMP (Mounties) will always be fucking fabulous.

Obsessions!
Abby is astonished that she didn’t know of Belgian artist Walter Von Beirendonck and his Ikea collaboration, including this rug, as well as a whole pile of his other works that are equally as rad/weird:

Check out his work on Vogue.com as well as his various artistic works on his website.

And Dakota Johnson is a very pretty lady:

Katie is obsessed with all things Queen and Freddie Mercury after watching this 2-part documentary, The Days Of Our Lives, about the band and how fucking amazing they are:

Queen and the musical legacy they have left always seemed like a good resource for acceptance, joy, and love, no matter who or where you are. In light of the obscene and tragic events in Orlando, and with Pride celebrations all over the place this month, we hope that you find love, peace, and joy with yourself and those in your community who need it.
And if Queen’s Don’t Stop Me Now isn’t the perfect anthem for love, joy, and celebration this week, I don’t know what is.

Thanks for listening! As always, you can follow us on:

Got an idea for an episode? Email us at fashionhags@gmail.com, we love that shit.

Remember: keep your pants on, it’s only fashion.

One thought on “Episode 17: Menswear!”