Ever been to a store to buy a thing and all they had at the store was just things to buy? Just go in, get it, and leave? Well that kind of transaction isn’t enough for some brands, especially big ones, who want you to have a whole experience while at the store — maybe get a beer and draw a picture, see a DJ do a set, skate on a skateboard. In this episode, we chit chat about the new retail trend of experiential stores. Is it a coincidence that they are coming along at a time when traditional retail is dying and online shopping is easier and more popular than ever? We think not.

Listen in and experience, yes?

Since we pretty much invented liking a thing at the end of a podcast and talking about it and called it “Obsessions,” we got some obsessions! Evan has two this week: Killing Eve (Season 2 and all the outfits and powerful women, hellooooo) and Fleabag (available on Amazon which literally hurts to admit that such good shows can come out such a nightmare company).

Abby is obsessed with another Amazon show, Good Omens, based on the book by Terry Pratchett and Neil Gaiman. Lots of great reasons to be obsessed with this show including David Tennant, Michael Sheen, demons, John Hamm, the battle of good and evil, sci-fi, British accents, etc:

Abby is also reading a new book called The Power by Naomi Alderman about women gaining the power to shoot electricity out of their fingers. Count us in.

Katie is obsessed with her new hemp t-shirt by Jungmaven, an actually cool brand that makes hemp clothing that is not weird-hippie-old-man styles. It’s cool, normal people kind of styles (with perhaps a hippie/surfer bent) and the shirt is comfy as hell. There are lots of reasons to buy and wear hemp and only one of them is that it is super comfy. Anyway, get a hemp shirt! Like Katie’s 5oz Lorel tee in Navy: 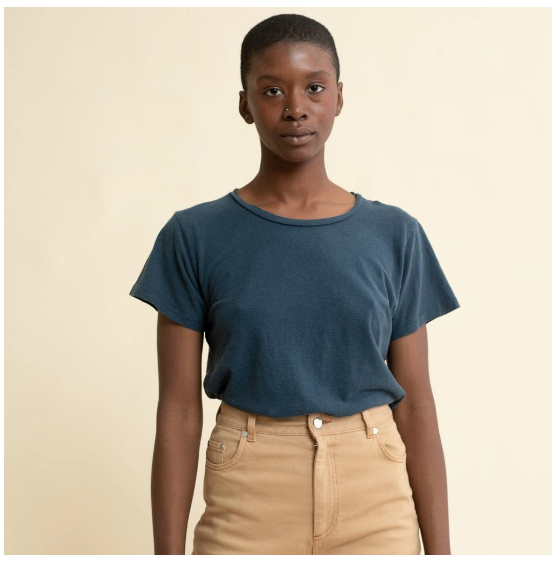 Well that’s it this episode! Thanks for the experience.

Don’t forget to subscribe, rate, and review – it really helps the podcast grow and we really just love it.