In this week’s podcast, the Fashion Hags chat about the shifts going on in the luxury industry between designers and design houses. A musical chairs, if you will, whether by choice or by force.

But first, all our dreams come true!

Katie asked the Universe to provide and sure enough, she found the van* of her adventure-seeking dreams!

*may not be exactly as shown.

Evan’s dreams of having his clothing line in a store came true!

The Hags (including Abby’s red lip) at Hey Jude throwing support at Evan’s exciting collaboration! (and holy shit – Evan is ALMOST SMILING IN A PHOTO) 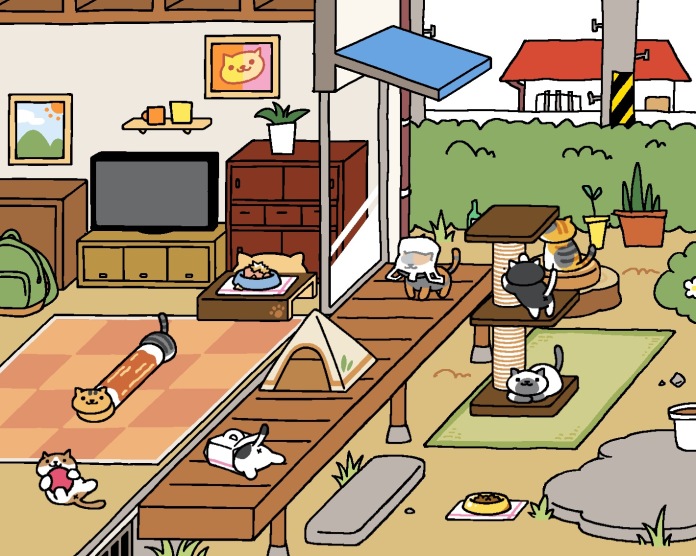 Getting to the topic at hand (and some topics a little off-hand): Fashion Musical Chairs.

For example, Raf Simons left Dior in late October for “personal reasons”. Check out this article at Business of Fashion for the details.

Alber Elbaz was booted from his position at Lanvin after 14 years as Creative Director. Check out this article for the details as well as Alber’s version of what happened.

John Galliano was fired from Dior in 2011 for a slightly more controversial reason (drunken anti-Semitic rant caught on video – whoops!) but his talent cannot be denied:

Screen shot of Galliano’s couture work at Dior. Give it a goog for more.

British Vogue’s Suzy Menkes wrote a terrific article about Raf Simons’ departure called Why Fashion Is Crashing that is worth a read for more insight. Below, she is shown with Raf Simons (right) and Nicolas Ghesquière.

Menkes’ talks about Elbaz’s departure from Lanvin as well and touches on the incredible impact he has had on the label since taking over in 2001.Worth a look if you are unfamiliar with Alber!

Lanvin ad featuring one of the amazing stylish ladies from Advanced Style – not your typical skinny young blond girl.

This re-cap article about recent departures of luxury designers from their houses in High Snobiety is worth read to keep up to speed.

Part of the reason for the shift in the industry is due to the incredible pace at which everything has to move, thanks to fast fashion practices and the demand created by consumers. For example, Katie talks about the Ugly Christmas Sweater trend as an example.

Fran Lebowitz has great advice on style, pace, and uniform that are words to live by in the aptly-titled ‘Yoga Pants Are Ruining Women’ And Other Style Advice From Fran Lebowitz on Elle.com.

As always, current obsessions round out the end of the show. Like the rest of the world, Evan can’t get Adele’s 25 out of his head and he couldn’t be happier about it.

Abby shared her obsession of re-watching the Gilmore Girls after Evan’s Hey Jude event and took that red lip straight to Dairy Queen.

More importantly, she discovered the newly-launched M2M channel on Apple TV and the wealth of fashion content it holds,  including sketches, docs, and shows.

such as the amazing and oh-so-topical doc, Dior and I

Katie spent two weeks at a retail trade show and became obsessed with her booth neighbours, BBJ Studio and the pop-culture glittery must-haves they create.

Make sure to check out the rest of their collection on the BBJStudio etsy page and follow their instagram @bbjdotca!

Thanks as well to the super talented Margaret at Wolf Dottir for the Fashion Hags coasters! We are so touched by your generosity and your badass creations. Check out her etsy page and Instagram @wolfdottir and get in touch with your inner B-word. 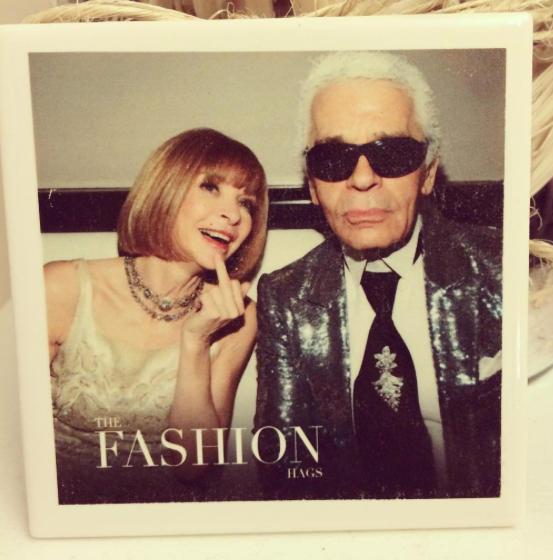 Remember: keep your pants on, it’s only fashion.